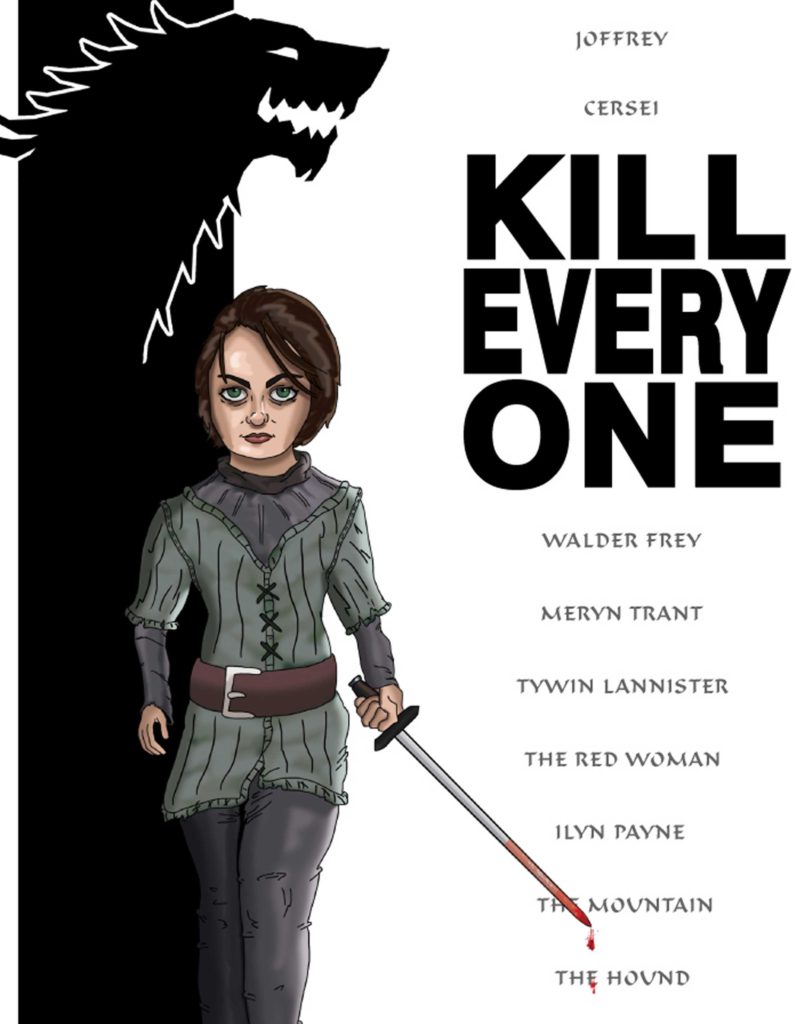 I’m a big Game of Thrones fan, so when @Sketch Dailies asked artists to draw their favorite character from the fantasy/action series, I jumped at the opportunity to create this piece of digital art featuring Arya Stark, as played by actress Maisie Williams.  This piece shows Arya with her sword, Needle, her list of people she wants to kill directly behind her and is in the style of the movie poster for Quentin Tarantino’s Kill Bill movies.  Arya’s story and the story of Uma Thurman’s character, The Bride, in Kill Bill are very similar.  Both are out for revenge after horrific things were done to themselves and their families.  Arya and The Bride both make kill lists to seek out their vengeance.  In Arya’s case, she was taught to say the names of the people she wishes to kill before she goes to sleep, which is the reason I put the list directly behind her.  Both characters use swords as their primary weapons and become experts at the art of sword fighting.  To the top left above the phrase ‘Kill Everyone’ in the same style as ‘Kill Bill’ is the sigil of Arya’s house, House Stark, which is a direwolf.  Direwolves are large wolves thought to be animals of myth and legend.  However, the Starks find very early on in the course of the Game of Thrones series these animals are very much real.  The placement of the direwolf in the picture is that no matter what happens to Aya Stark, she should never forget where she came from.