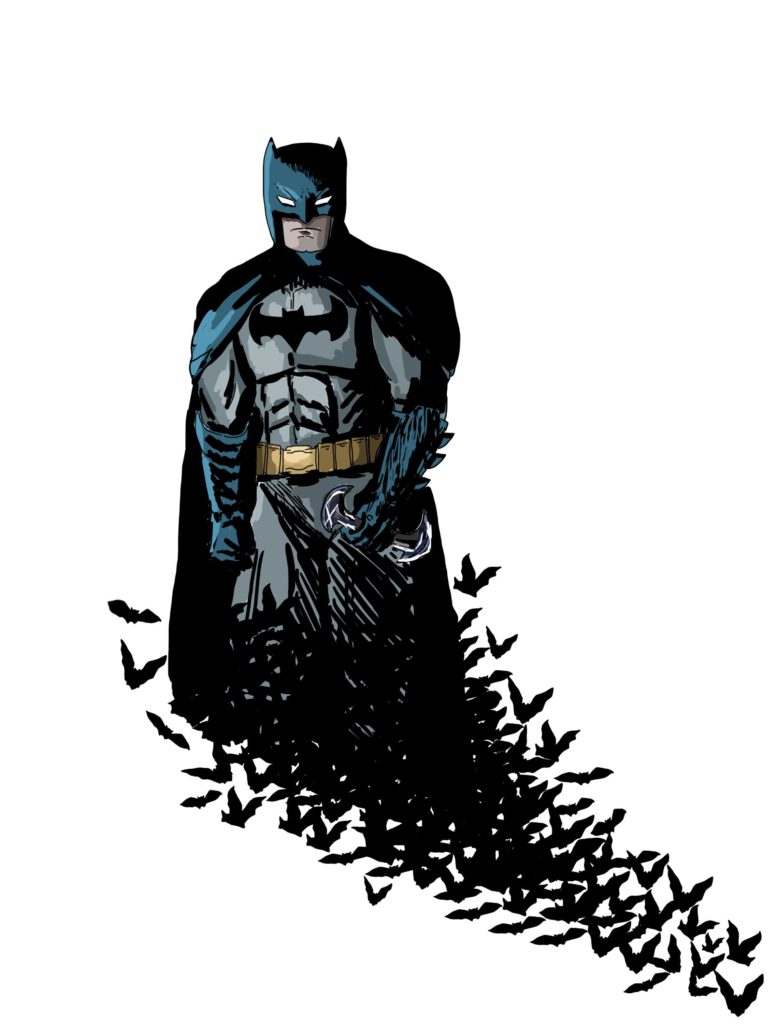 In 2015 DC Comics named September 26th their official Batman Day.  As part of the celebration I, along with fans the world over, was inspired to create fan art featuring one of the world’s most popular comic book heroes.  For my piece I drew The Dark Knight with one of his batarangs in hand and he is highlighted by numerous bats beneath him.  While I am not thrilled with a lot of parts of this piece, I thought I would include it in my portfolio as I will return to the project each September to create a new piece to show how my skills have improved.