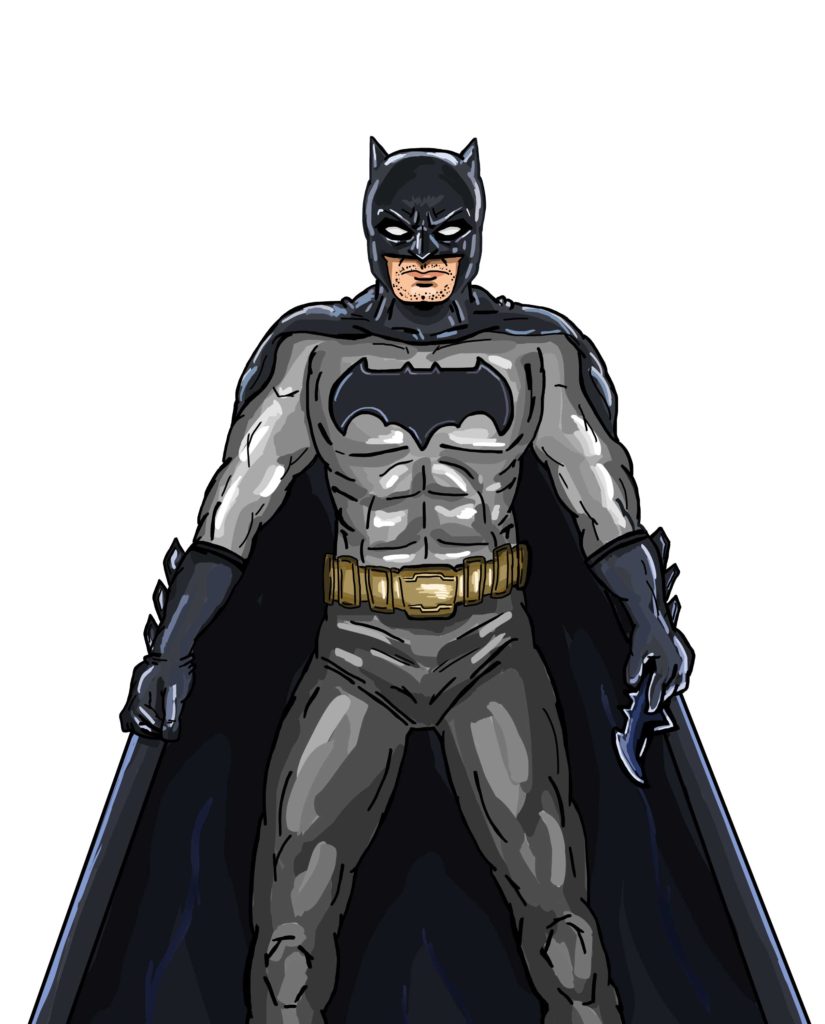 In 2015 DC Comics named September 26th their official Batman Day.  As part of the celebration I, along with fans the world over, was inspired to create fan art featuring one of the world’s most popular comic book heroes.  It also gave me an opportunity to work on my digital art skills.  For my 2016 Batman Day fan art, I decided to try to basically redo my 2015 piece.  The pose is basically the same, but much improved, with the Caped Crusader holding one of his batarangs.  With a year of practice and refining my technique with the digital sketch pad, I feel that everything about the artwork has been improved.  The pose, facial features, the outline of the piece, as well as the coloring shows a marked improvement from one year to the next.

In the future I will attempt different poses and scenes for Batman Day, but I am happy that this piece shows my development as a digital artist in one year’s time.