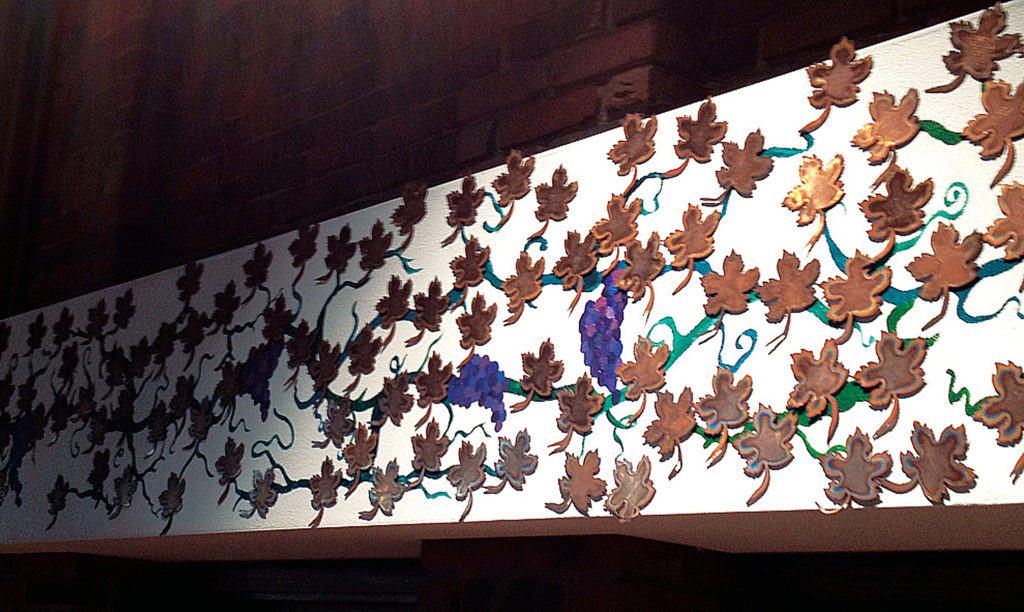 Following a successful fundraising campaign to renovate Calvary Lutheran Church’s sanctuary, I was approached to paint a vine and grape mural to commemorate the achievement. The entire concept of the mural was based on the Bible verse John 15:5, which states: ‘I am the vine; you are the branches. He who abides in Me and I in him, he bears much fruit, for apart from Me you can do nothing.’

After sketching out the design, I used acrylic paint to complete the painting aspect of the project. I tend to use acrylic paint due to its fast-drying tendency. Once the painting was finished, my next job was to paste ready-made bronzed leaves with the donor’s name on each leaf. Throughout this part, I had to track where each leaf went on the wall since the final step of the project was to design a guide for people to see where their specific leaf was on the mural. 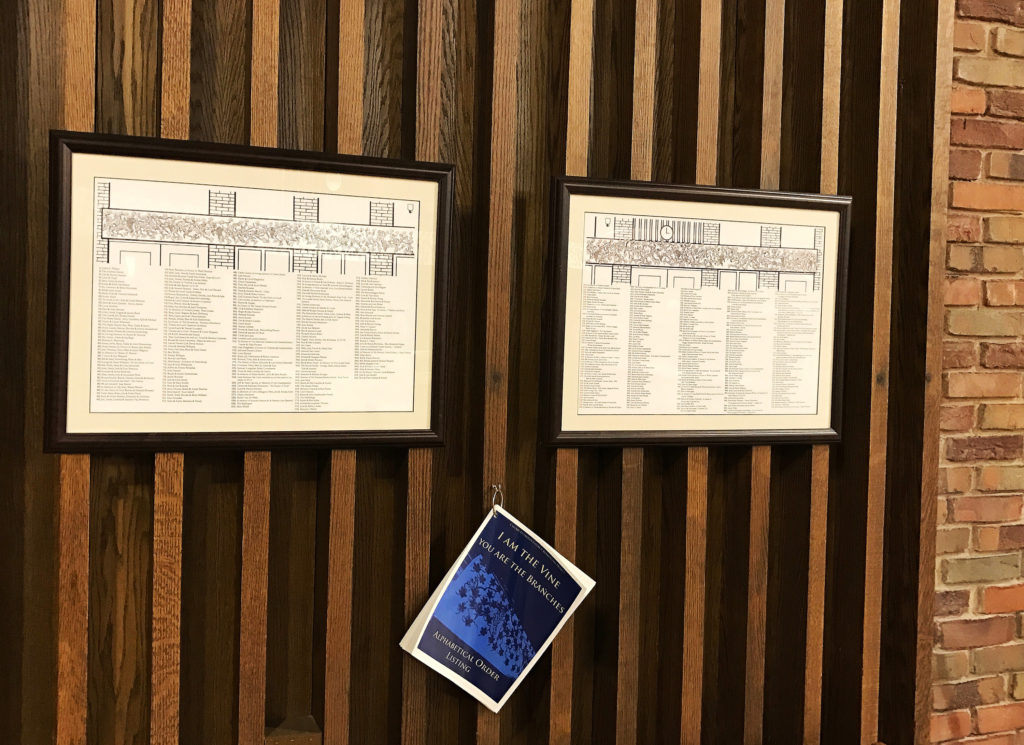 The final phase of the Calvary Lutheran Church ‘Vine Design’ project was to design a guide that would be framed and placed near to the wall-mural. I designed this guide using Adobe Illustrator and Photoshop. You can click on the image to the right to see larger versions of the guides.

The best part of this project was that it combined my Graphic Design skills as well as my abilities as an artist. It also gave me valuable experience interviewing and working with a client, which was valuable experience and would help me later with other jobs. 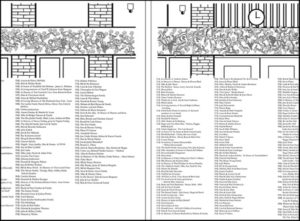 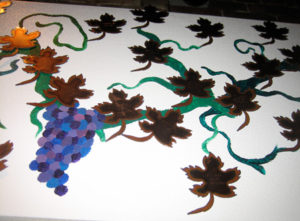 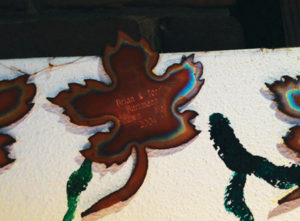 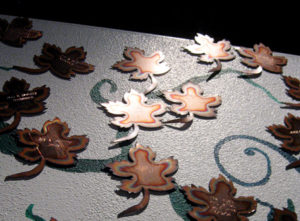