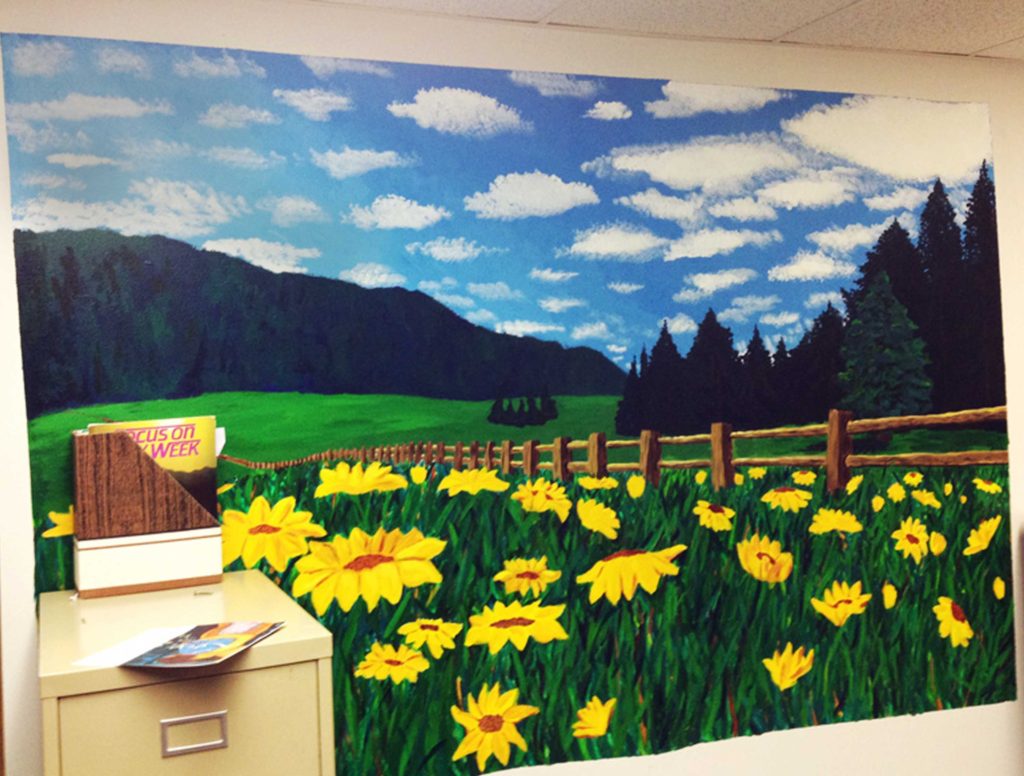 After completing the Calvary Lutheran Church Vine mural and design project I was approached by a member of the church’s staff to paint a mural in her office. She had an office without windows and said that not having a view outside brought her down, especially in winter. I was instructed to paint a field with flowers and created a springtime field scene based on several images I pieced together. 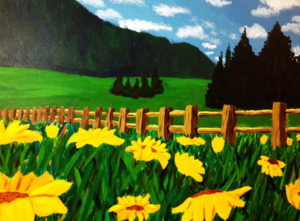 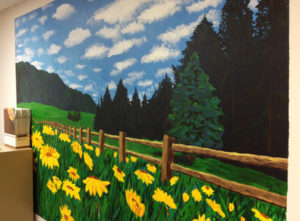 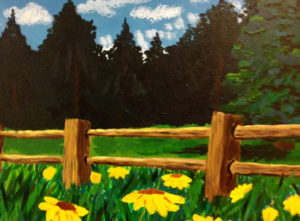