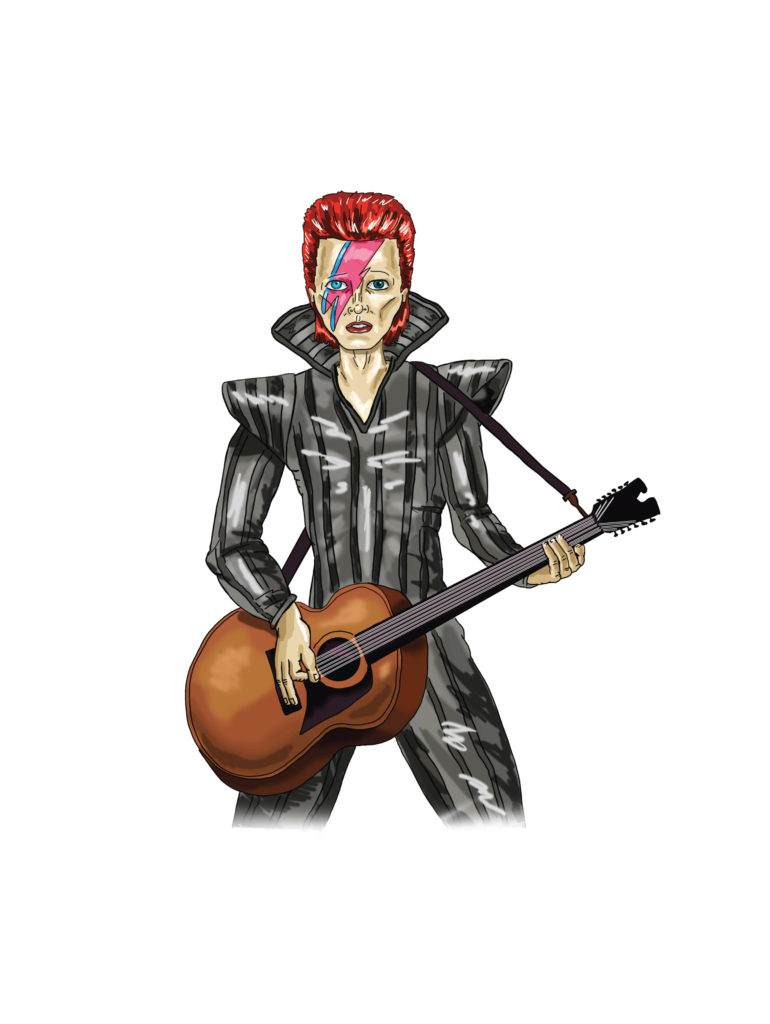 RIP to David Bowie.  He was an unbelievably talented musician, artist and actor.  It’s a rare thing for a musician to reinvent himself through the years and to keep successfully producing cutting edge music, but Bowie did just that.  I would list his many groundbreaking albums or songs, but there are just too many good ones to mention.  Even his latest album, Black Star, has one of my favorite songs of the year on it.  Even as an actor Bowie was always amazing.  Whether it was in the movie Labyrinth, The Prestige or even his hilarious cameo in Zoolander, he always left a mark.

In this tribute piece I drew him with his iconic lightning bolt face paint from the Aladdin Sane album cover.