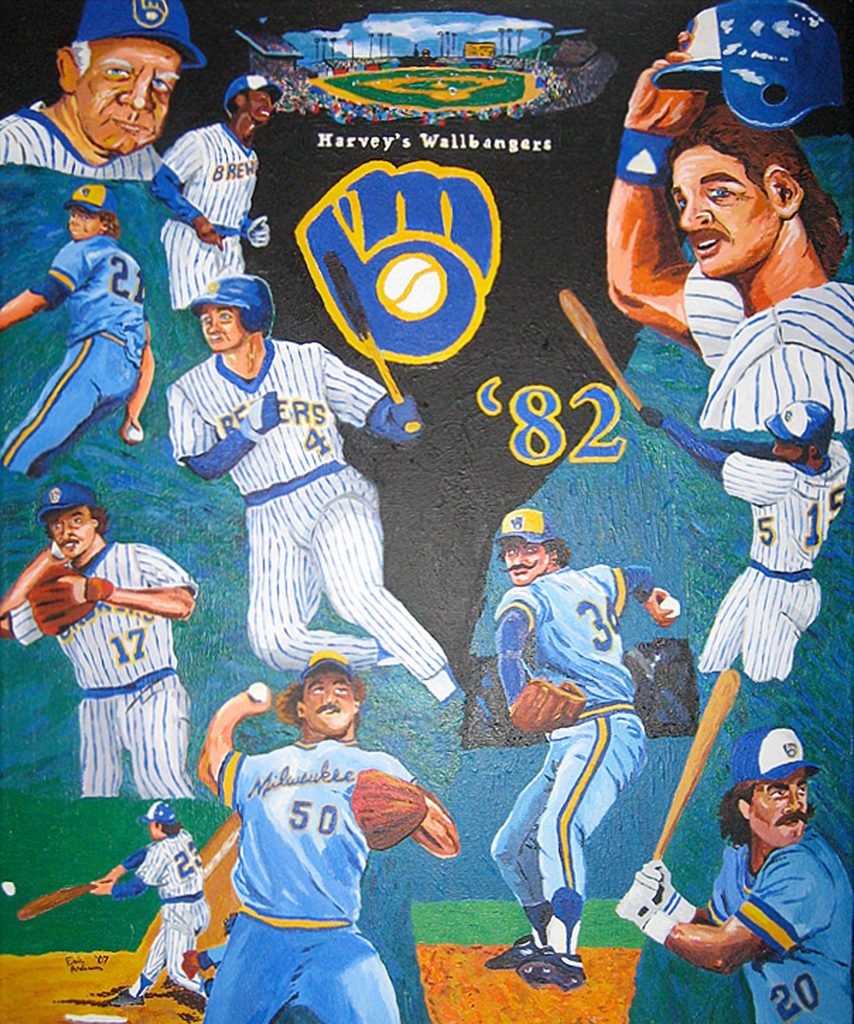 This painting celebrates the 1982 Milwaukee Brewers. They are considered to be the best in team history. They still are the only Brewers team to ever win the American League Championship. The ’82 Brewers were known as Harvey’s Wallbangers to describe their power hitting accomplishments, as well as a play-on-words for their manager Harvey Kuenn. This team features some of the most storied names in franchise history in Robin Yount, Paul Molitor, Rollie Fingers and Jim Gantner. Despite their success, Harvey’s Wallbangers lost to the St. Louis Cardinals in the World Series. This painting commemorates that magical season.