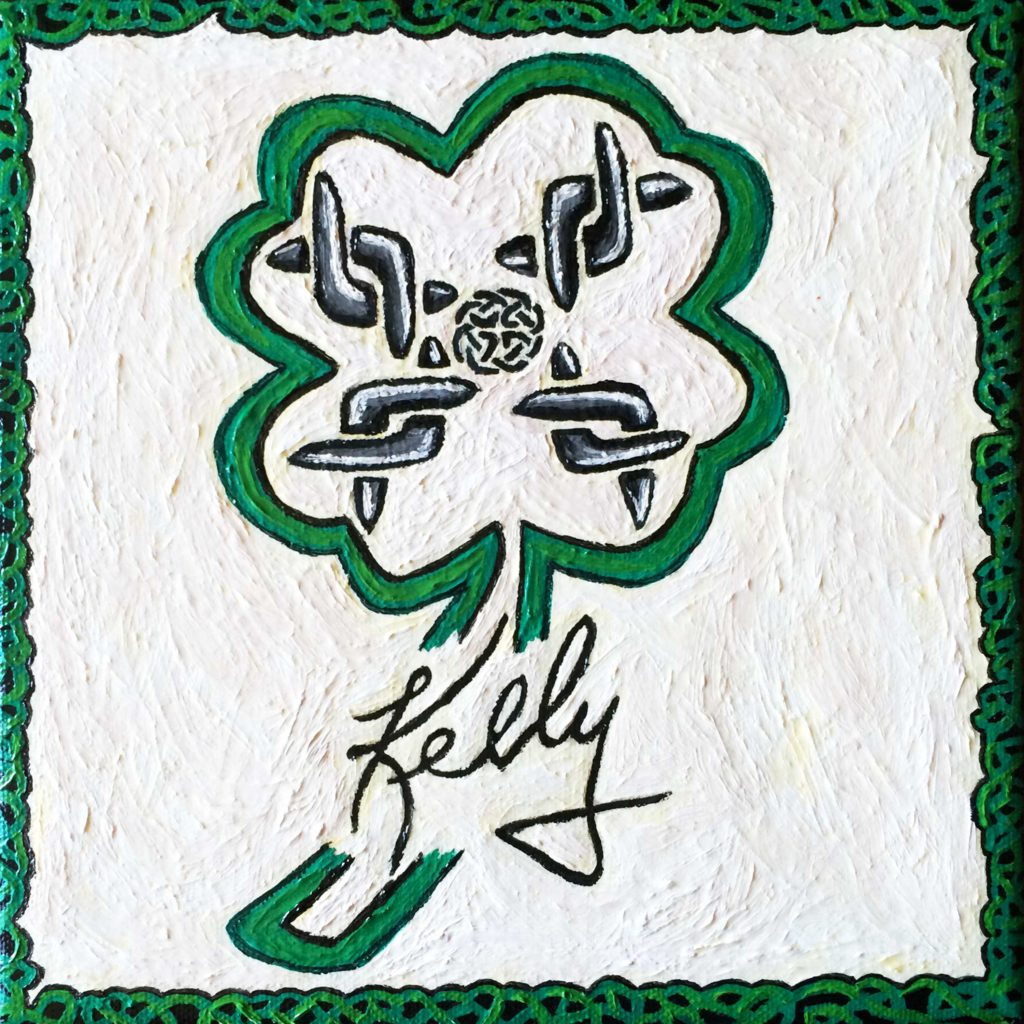 I was commissioned by Stephanie Kelly to create four identical paintings that would be used as Christmas gifts for her family. From the onset, she had clear ideas as to what the design of these paintings had to entail. Being of Irish descent, a green four-leaf clover was to be included as well as Stephanie’s deceased Grandmother’s signature as a tribute to her. From that point, I was free to create the rest of the painting’s design. In talking to Stephanie, I discovered that she had received a cross necklace from her Grandma. I chose to use a variation of the necklace’s cross at the center of the four-leaf clover design. A traditional Celtic border was used to complete the paintings.