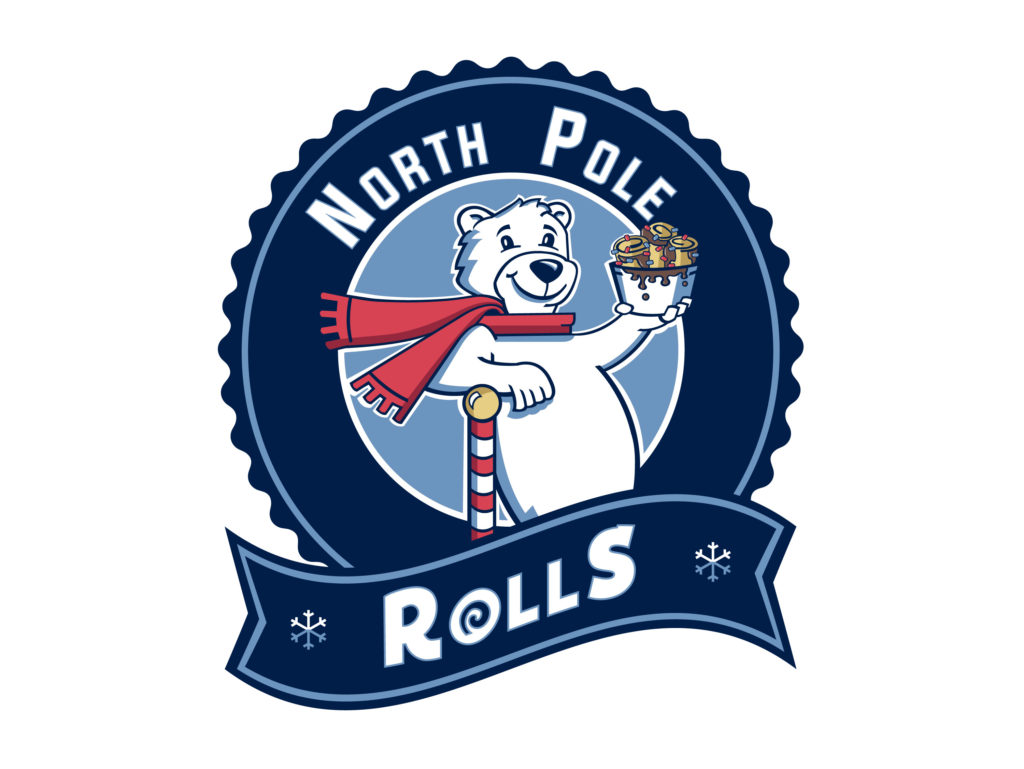 I was commissioned by a London-based company called North Pole Rolls to design a logo for them.  After working with them and collaborating on every step of the design process, I was asked to design a bowl that would incorporate the logo for their restaurant.  The basic idea that we came up with was a polar bear holding one of their rolls.  Scroll down the page to see how that concept evolved into the final logo.

← Back To Graphic Design Portfolio

The initial idea my client had for the logo was a polar bear holding one of the rolls.  I loved that idea, and I thought immediately I could design a fun, playful look to the bear.  I then wanted to incorporate the idea of the North Pole, and in keeping with the fun nature of the logo I had the polar bear character leaning on an actual north pole.  After sketching out various concepts, it was finally decided to go with a classic ribbed circle pattern and ribbon layout, with the bear inside.

The dominant colors featured in the North Pole Rolls logo are dark and light blue.  These are cool colors that reinforce the wintery, cold concept behind the logo.  The white of the polar bear and the lettering also signifies the snow of the North Pole.  White is also used throughout the logo, and has also meant goodness and wholesomeness.

The final color in the logo scheme is brown, which was emblematic of the chocolate dripping over the side of the bowl in the polar bear’s hand.  Brown is a color that symbolizes wholesomeness.

After the logo was sketched out, it was then time to take it to the computer for its final design.  The polar bear has a very clean design with shadows worked in to give it more character.  The bowl of dessert rolls is loaded with detail, with chocolate dripping down the side and sprinkles on top.

For the light blue circle behind the polar bear character, I originally wanted to incorporate snowflakes falling from the sky to really signify the wintery design of the North Pole, but after talking it over with the client, it was decided to keep the logo as clean as possible.  I did work two snowflakes on either side of the ‘Rolls’ lettering.  The lettering on the logo is constantly in motion, from the curvature of the ‘North Pole’ rolls to the more playful font in the flowing ‘Rolls,’ which gives it even more of a dynamic, playful nature.  One of the final things I did in the design of the logo was to incorporate a twirling pattern in the ‘O’ of the ‘Rolls’ lettering that mimics one of the dessert rolls.

In the end, I couldn’t be happier with my collaboration with my clients at North Pole Rolls, as well as how the logo turned out.

After I designed the North Pole Rolls logo, I was asked to create a bowl design for their restaurant.  Originally, I envisioned the bowl design to feature a snowy North Pole scene that featured the North Pole Rolls logo, but after discussing it with my clients, it was determined that a scene like that may have been too busy.  It would distract from the logo itself and any writing that would be on the bowl.  We then came up with an icicle design for the top of the cup that used the same color scheme as the logo.  The icicles still kept with the North Pole theme of the Rolls, but was far more minimalistic than an elaborate snowy scene.  The background color of the bowl was the same light red color as the polar bear’s scarf. 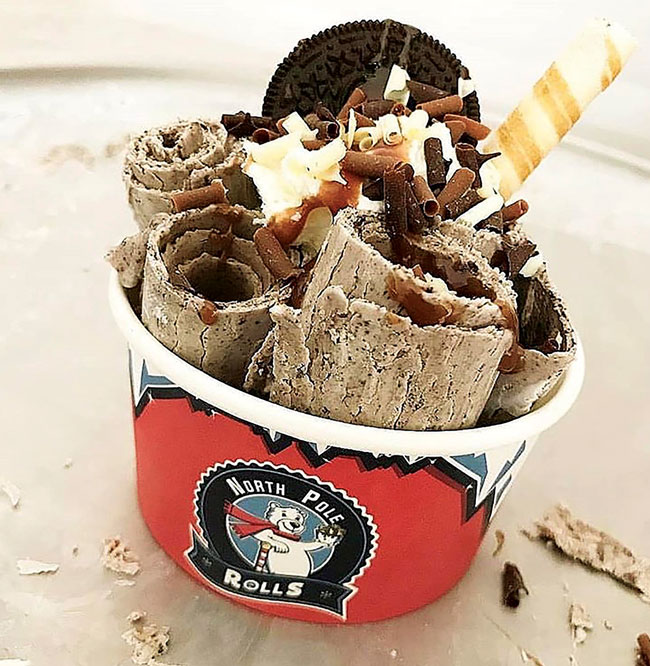 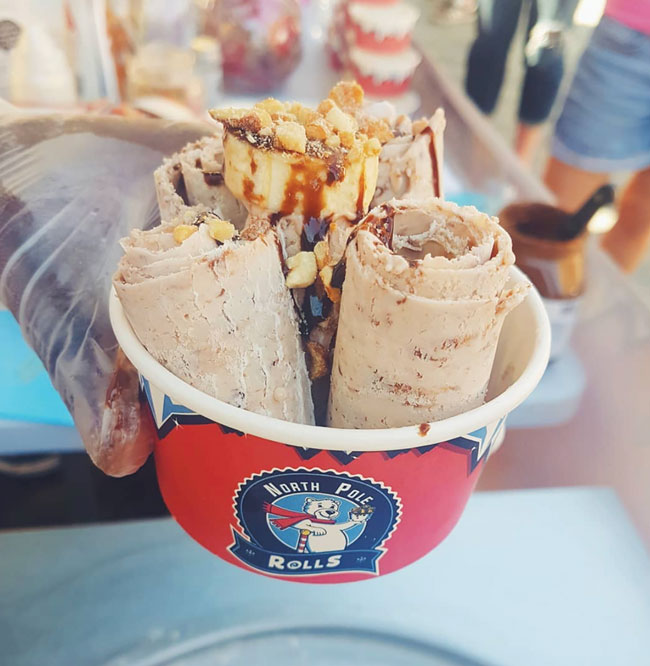 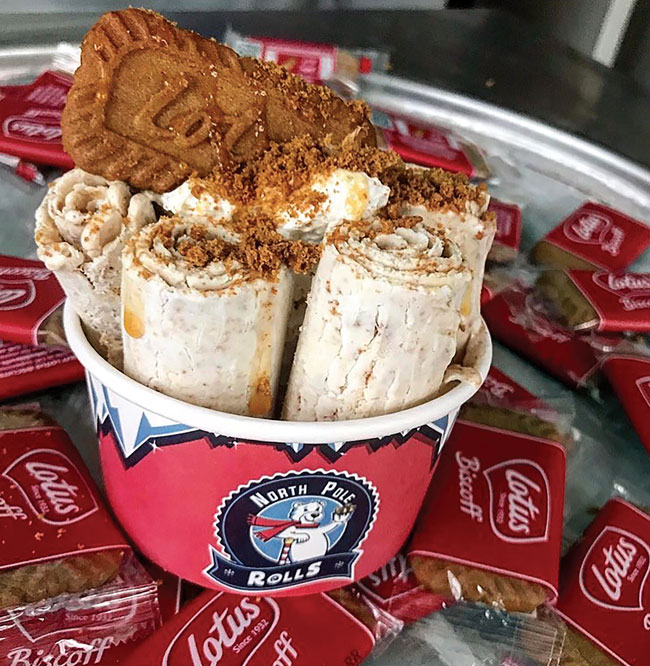 Here is the North Pole Rolls’ secondary logo.  It features the entire polar bear leaning on the North Pole with a bowl of rolls in his hand.  There is a small bit of snow at the bottom of the bowl to show the snowy climate of the North Pole.

I was then asked to design a kiosk design for North Pole Rolls.  This part of the project presented unique challenges, but in the end, I decided to keep things very simple.  I tied in every aspect of the overall project’s design.  From the logo, to the icicles on the bowl and even the secondary logo, all were used in the concept of the kiosk.