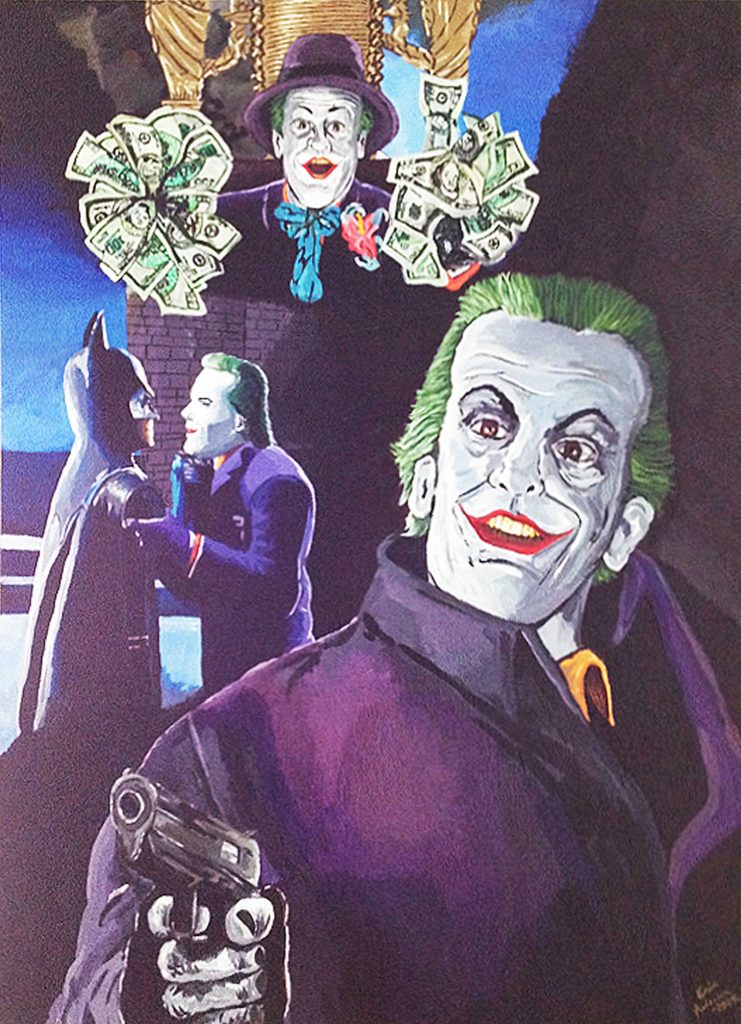 I was approached to create a painting of Jack Nicholson’s portrayal of the character, The Joker, from the 1989 film, Batman. The painting features three memorable scenes from the movie, including Batman as played by Michael Keaton.